Take a fresh look at your lifestyle.

Self-Deception: Understanding How To Be True To Yourself

We’re not always honest with ourselves. We make promises to change without following them through, we sometimes avoid uncomfortable truths, and we twist the facts to help us feel better about our situation. Worse still, we don’t even always know when we’re actively engaging in self-deception.

But why do we do this? How can we become more aware of when we’re lying to ourselves? And how can we end this habit for good, developing a healthier and more truthful relationship with ourselves and the world?

Starting with an exploration of why we lie to ourselves, we’ll then move on to consider how you can tell when you’re self-deceiving.

From there, we’ll look at the positive task of becoming more honest with yourself, offering five concrete strategies to help you stop lying to yourself in the longer term.

When we’re truthful with ourselves, we start to live a healthier, happier, and more authentic life.

Why Do We Lie To Ourselves? 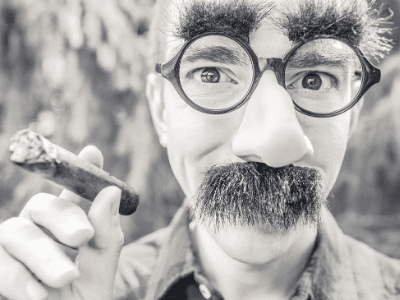 Firstly, what is self-deception? Essentially, it’s telling lies to ourselves in order to feel better. You can think of it as an escape route that we use to cope with a difficult thing we don’t want to face.

We don’t typically do this on purpose, but our subconscious instigates self-deception in order to protect us.

There are all sorts of reasons why you might develop this response. Perhaps you saw others doing it when you were growing up, and you learned the lesson that this is the way to cope with uncomfortable emotions.

Alternatively, maybe you went through a particularly traumatic experience and you simply can’t cope with any more pain or difficulty.

We all self-deceive sometimes, but it gets more problematic the more we do it.

This is because self-deception is like putting a bandaid on a massive wound – it has limited temporary effectiveness and does nothing to address the underlying issues.

So, it’s important to be alert to self-deception because it undermines happiness. However, we must be very careful and alert to pick up such defense mechanisms.

To that end, let’s look at three core signs of self-deception, fleshing them out with self-deception examples that will help you understand how such signs might appear in your own life.

You Avoid Confrontations With Difficult Situations 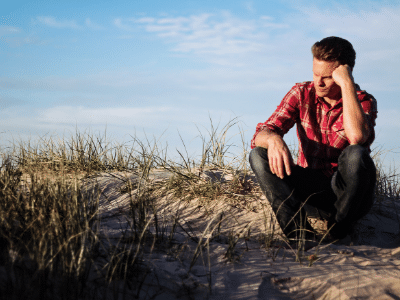 Firstly, think about your default response to difficulty. Perhaps someone is annoyed at you, for example. Do you try to talk it out with the person you’ve irritated, or do you avoid them?

Do you face up to your role in the annoyance, or spin a story that says the other person is to blame? If you tend toward avoidance, you likely also tend to self-deception.

In other words, when you feel something negative, your instinct is to go in the opposite direction rather than face up to it now.

And this kind of chronic avoidance requires building a web of interconnected lies, so it can very quickly spin out of control.

Self-deception is also often linked to procrastination when it comes to difficult tasks you don’t enjoy. So, if you’ve ever thought to yourself “I need to learn how to stop procrastinating”, you may just have a self-deception habit as well.

You Rationalize Bad Behavior With Self-Deception 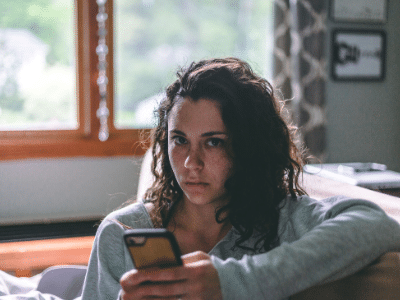 Learning to stop justifying yourself and your negative behaviors are crucial to leaving self-deception behind. We all make mistakes.

For example, we forget to call someone who is waiting to hear from us, we mess up on a work project, or we say the wrong thing and hurt someone’s feelings.

How we respond to making such mistakes can be a sign of serious self-deception. If you’re self-deceptive, you’ll have a strong impulse to rationalize your own behavior.

You outsource the blame to someone else, or you deny that there’s any blame involved. For example, you might think “Yes, I said something mean, but he deserved it”, or “Yes, I was late with that task, but it’s my boss’s fault the task wasn’t clear.”

And where there’s no one else involved, you may paint yourself as a victim of life circumstances, rather than a person with agency.

You Are In Denial 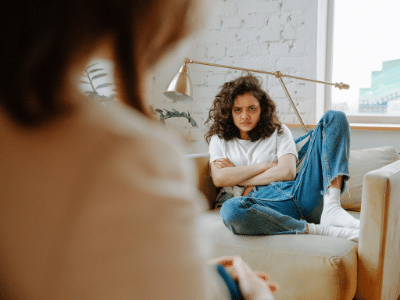 A related but subtly different sign of self-deception is simply denial. While the above description of rationalization involves telling a false story about a true event, denial involves rejecting the event itself.

So, being in denial might involve thinking that you don’t eat too much, even though you’re overweight and that weight straightforwardly implies that you eat too much.

Similarly, you might reject the idea that you have a drug or alcohol problem, thinking “I’m just having fun at the weekend”, or “I deserve to relax.”

Denial is one of the most dangerous aspects of self-deception, and one of its most extreme manifestations.

It suggests a basic difficulty in managing challenging or uncomfortable emotions, and it can stop you from seeing the most important changes to need to make. In the weight case, for example, the denial brings comfort but it comes at the high cost of health risks and low self-esteem.

How To Stop Lying To Yourself

So, now you understand what self-deception is about, when it might happen and how you might detect it. Now, how do you stop self-deceit and learn to deal with reality?

Here are five strategies you can use if you want to create a future where you don’t lie to yourself. 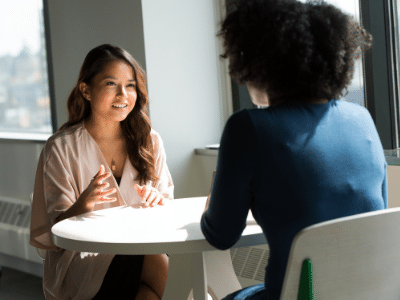 One of the most powerful actions you can take is reframing constructive criticism as useful feedback. Of course, you shouldn’t accept unkindness, bullying, or verbal abuse.

However, when someone who cares about you tries to suggest something needs to change, try to see that there is probably some truth in it and that this truth takes you one step closer to a happier existence.

After all, when you know what you’re doing wrong, you have a rough blueprint of what would be right.

While no one enjoys hearing about their weaknesses, it’s better to know about them and work to change them than it is to continue to have negative traits.

And if you aren’t able to think of anyone who would offer you this kind of well-meaning feedback, dedicate some of your energy to the quest to find true friendship. With the right love and support, self-deception becomes progressively less necessary.

We referred above to a connection between procrastination and self-deception. In particular, consider the habit of saying “I’ll do it tomorrow” in order to avoid tasks while still feeling good about your productivity.

If you can learn to stop procrastinating, you will start to create meaningful, lasting change. So, when you feel yourself gearing up to generate an exclusive for why you don’t need to engage with something difficult, take a deep breath and choose to deal with that thing right now.

If you struggle to beat procrastination in the early days, one thing you can do is reward yourself in small ways for completing difficult tasks.

Whether you eat something you particularly like, take some time off or buy a small luxury, you can slowly start to rewire your brain.

In particular, things you used to associate with negativity become tethered to the dopamine boost of rewards, and you no longer want to procrastinate.

Keep Your Emotions In Check 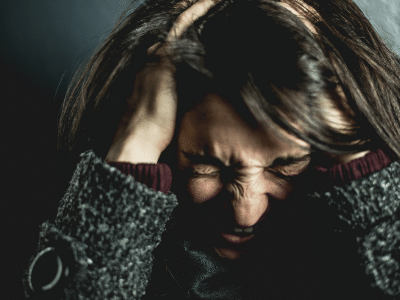 Strong, difficult emotions are the primary driver for self-deception.

So, if you become more aware of your emotions and work on examining them, you can stop the self-deception cycle in its tracks.

As you feel an intense emotion like anger, fear, or shame, take a deliberate pause.

At this point, you might rush into self-deception in order to hide from discomfort. Actively resist this urge and let yourself sit with the emotion.

Ask yourself where it came from, and what would need to happen to address it head-on.

This can all feel very foreign at first, but if practiced often enough it can become your new default.

Daily mindfulness practice can do a lot to help with emotional awareness and regulation. Through meditation and mindfulness, you can learn to detach from intense feelings.

Rather than drowning in them, they become passing experiences that don’t define you and don’t have the power to destroy you. 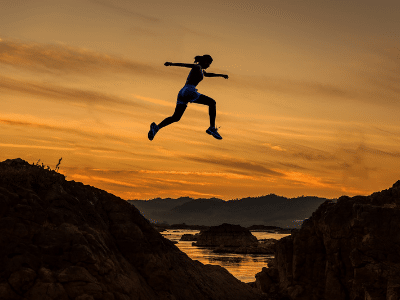 People often notice that they become more prone to self-deception when their self-esteem is low. And a major ingredient of low self-esteem is self-sabotage – thinking that you can’t do things, or are not good enough to have things.

This itself can be a form of self-deception, so a vicious circle easily results. One way to disrupt that cycle is to work on boosting your self-esteem.

In particular, remember that you’re never too old to try new things or to attempt to change. As long as you’re alive, there’s a chance to make your life better, richer, and more fulfilling.

In time, being bold enough to try new things creates a positive cycle that deadens self-deception. You feel better and better about yourself, so there’s less need to hide from anything that feels difficult. After all, you know that you’re a valuable, worthwhile person, so transient mistakes and sources of shame are only blips to be overcome.

Finally, building resilience is a reliable way to reduce self-deception. When you’re resilient, you believe in your ability to bounce back after difficulties, and you know your own strength.

As with self-esteem, the more resilience you have the less you feel you need to hide from things that feel painful. But how do you go about doing this? One basic way of boosting resilience involves simply taking good care of yourself. Nurture your body and your mind, and hold boundaries if someone attempts to drain your energy.

Another resilience-boosting tactic is to persist at times when you would normally have given up.

Whether you’re in pursuit of a particular goal or attempt to resolve an interpersonal difficulty, push past the point at which the past version of you would have said “Never mind.” Often, you’ll find that this perseverance proves that you can get what you want if you simply refuse to give up.

Is Free Will Real Or Is Life Predetermined By Fate & Destiny?

7 Reasons Why You Should Be Drinking Ginger Water

7 Reasons Why You Should Be Drinking Ginger Water

Is Free Will Real Or Is Life Predetermined By Fate & Destiny?

How To Make The Most Of Your Setbacks

What Do Guys Really Want In A Woman

5 Things You Don’t Know About Happiness